Greg’s career in the Food Service/Hospitality Industry over the past 30+ years includes facets from Fast Food to Fine Dining, and Contract Food Services to Private Clubs.  While his career has taken him as far East as Boston, and West to Denver and Colorado Springs he is a native of NW Ohio and has spent the majority of his career here.

Greg has managed Brandywine Country Club, Heather Downs Country Club, and Highland Meadows Golf Club (Host site of an annual LPGA golf tournament).  He was the Catering Director for Service America at the Seagate Convention Center in downtown Toledo where he helped direct everything from small Continental Breakfasts to Dinners for as many as 2000.  Greg has owned and operated several restaurants throughout NW Ohio which included Adam’s Ribs, Gianno’s Italian Bistro, The Hungry Hobo, and Smedlap’s Smithy.  He was Vice President of Restaurant Operations for Dillin Corp where he oversaw the daily operations of City Barbeque, Johnny Rockets, and Fat Fish Blue home of the Funny Bone.

Greg is the Managing Partner/COO of Extra Virgin Food Services where he oversees all of the daily operations of the company which include Catering, Corporate Dining Services, Student Dining Services, Consulting, and Vending. 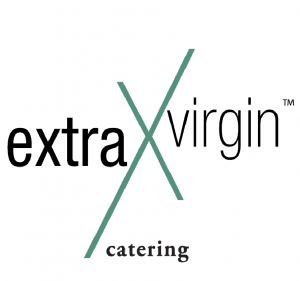